My apologies for being MIA for so long.  As you will soon see, I spent a long weekend in Washington, DC, and since returning home, I’ve been trying to organize my life.  Being sick the week before we went away meant I didn’t get any of my chores done, so things like laundry and cleaning the bathroom have been piling up.  Then I also thought it would be a good idea to go back to the city the day after getting home for an education event.  Not my smartest idea.  But slowly and surely, I’m returning to outer order (and hoping it will produce some inner calm).

Even though I am proud to be Canadian (we’ve got a great reputation for being friendly, our hockey players are awesome, and we’ve got great beer), there’s a small part of me that has always wanted to live in America, at least briefly.

When I told people where we were going to Washington, DC, I got a few strange looks and some questions as to why go to Washington?  Are you going to a conference?

Nope, going to Washington just for fun.  I wanted to see the White House and all the other iconic American landmarks that Washington has.  Plus, I could play into my “living in America” fantasy… not that a four day weekend is at all like living somewhere, but it gives you a taste. 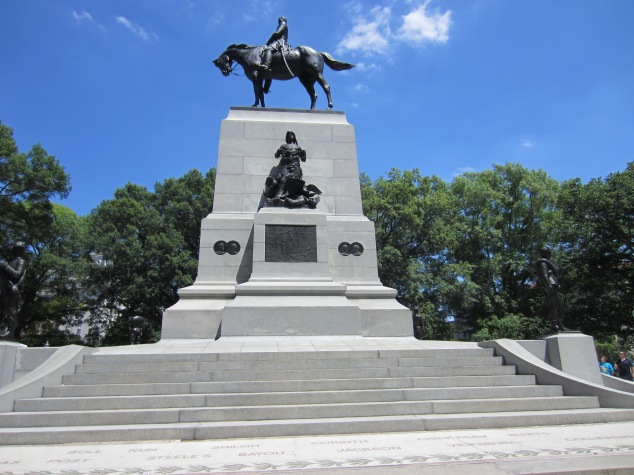 Also, Wedding Crashers and Transformers may have had something to do with me wanting to go to Washington. 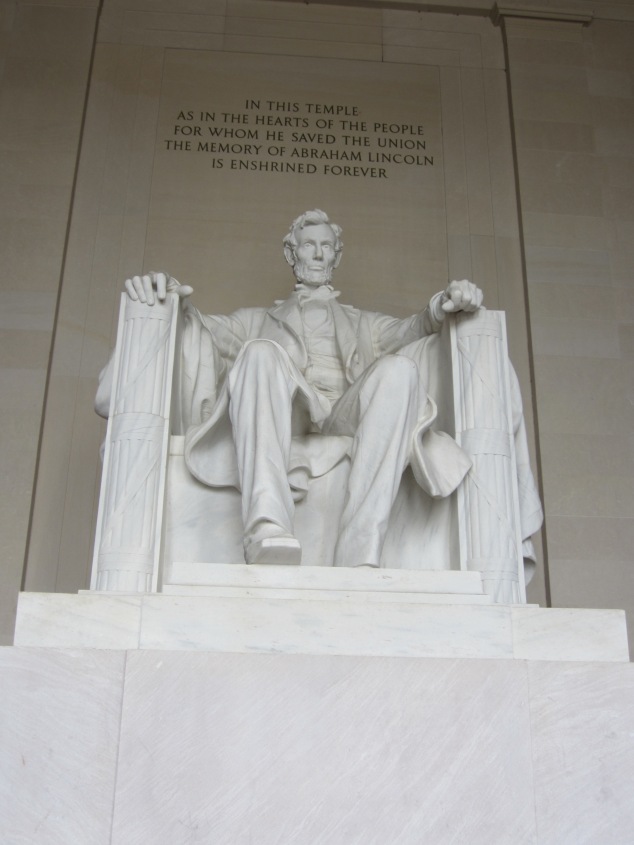 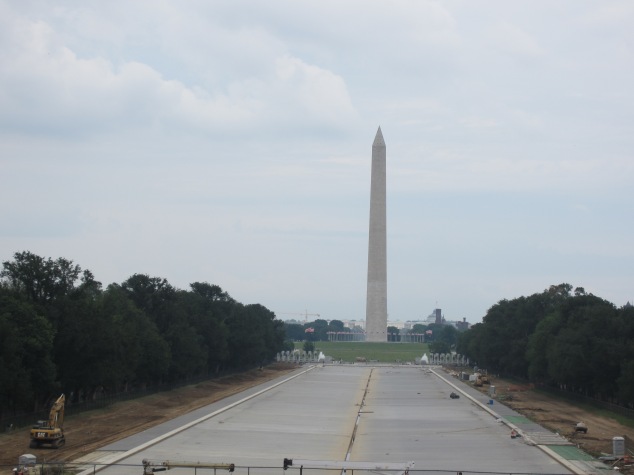 Unfortunately, they were doing construction and there was no water in the reflecting pool, and there were construction vehicles around.  So that didn’t really turn out the way it did in my head.

I’ve never seen so many tour buses in one place!  Not even in Italy.  There were lots of tourists, and a lot of the groups all wore brightly colored matching t-shirts.  I guess Michael and I missed that memo, because we didn’t wear matching neon shirts.

We went to a couple of the Smithsonian museums.  We went to the Space and Aviation Museum and the Natural History Museum.  Both were pretty cool.  You could spend forever at these museums!  We by no means saw them in their entirety.  Another reason why it would be cool to live in Washington.  You could go to a different museum every weekend!  There’d always be something to do.

We also went to the National Zoo.  I love zoos!  I remember the first time I went to one on a field trip when I was in grade five and I came home and told my dad about every single animal I saw while he raked the lawn.  But this trip to the zoo was the best zoo experience I’ve ever had (except for the argument Michael and I got in about where we should eat lunch).  I don’t know if it’s because we were there in the morning and it was a little cooler at that time or what, but the animals seemed a lot more active than they’ve been when I’ve been to zoos in the past.  And they have pandas! 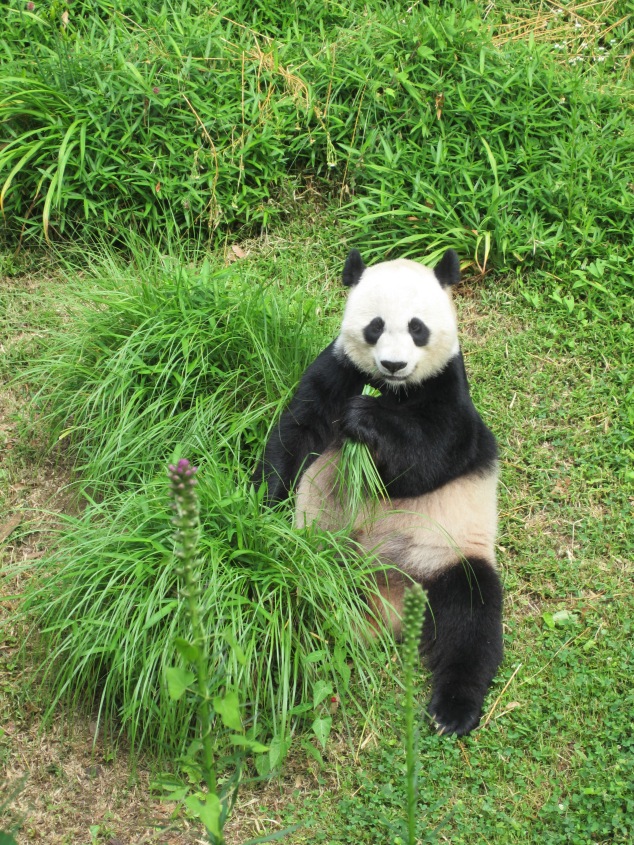 We stayed at The W Washington Hotel.  It’s right across the  street from the National Treasury, so it was in a pretty good location.  It was fairly close to all the museums, monuments, and the White House, although we still did a lot of walking!

We had awesome pizza at Π (you know, pi, like the math symbol… 3.14).  It was probably the best pizza I’ve ever eaten!  And also the first time I’ve ever had a deep dish pizza.  We also ate at Gordon Biersch.  They have a bunch of different beers which Michael was excited about.  I was most impressed by their homemade root beer.  It was the best root beer I’ve ever had! 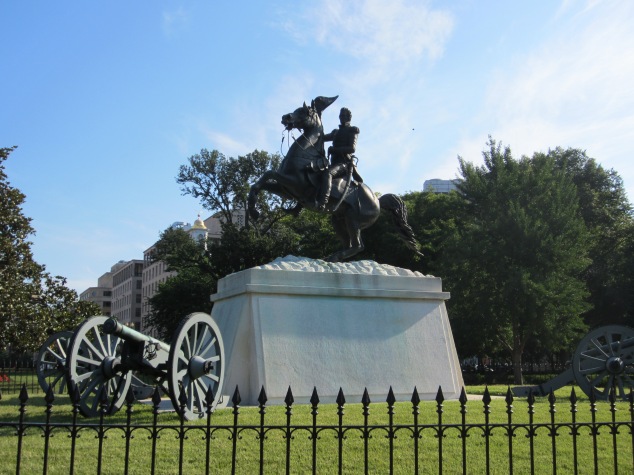 Washington, DC was pretty cool.  I don’t know if I’ll ever go back, but I’m glad I can say I saw it once.  My overall impression of it is that it’s a very clean, safe city, with lots of pretty buildings.  There also seemed to be a lot of put together women with nice hair, tailored dresses, great bags, and nice shoes.  I wish I could be more like that.  Perhaps this will inspire me to try to be a more put together lady myself.

Now I must go shoe shopping.