The Tall Ships Festival is currently in Halifax.

It’s another one of those things that I’ve always thought would be cool to go to, but never put the effort into actually doing it before.

Since I’m now a festival-goer, as evidenced by the fact that I went to Greekfest and the Multicultural Festival, and I’m making an effort to make my everyday life more like it is while I’m on vacation, and because I put it on my summer to-do list, I had to go this year.

But first, my weekend started with strawberry beer at Finbar’s patio in Bedford. 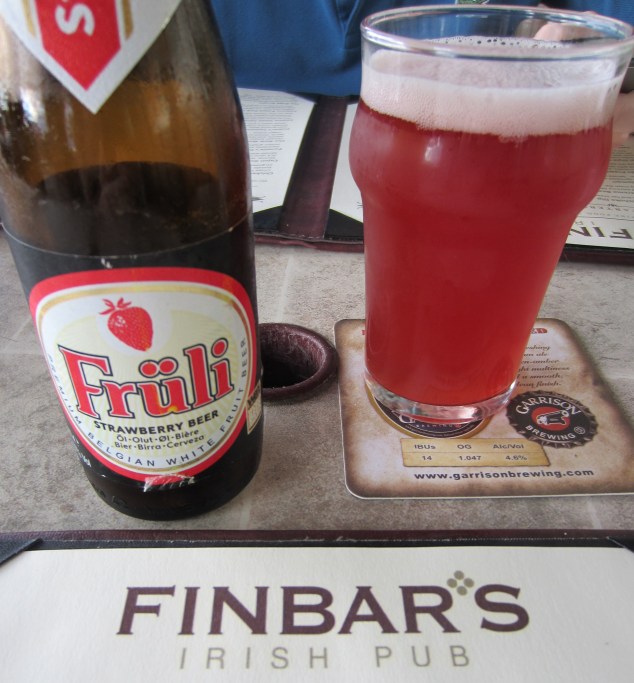 Did you people know there is such a thing as strawberry beer?  I didn’t.  I don’t even like beer.  But I liked this.

So anyway, the weather on Saturday was perfect!  Sunny, but there was a breeze so it wasn’t unbearably hot.

Michael and I started out by getting Cows ice cream (mmm… Wowie Cowie!).  I swear the smell of that place is like a drug.

Then we basically just walked around, took in the sights, looked at some boats.

We ate supper at the Hart and Thistle (again).  It’s just in such a prime location!  The patio is right on the water!  And the food is good.

Plus we got to eat next to a unicorn. 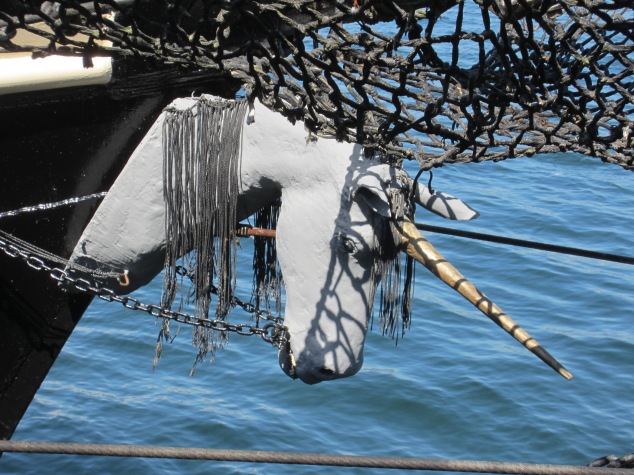 Sun and water and tall ships.

If you’te in Halifax before the 29th, stop by the waterfront and check it out!

3 thoughts on “Ahoy Matey! The Tall Ships Are In Town”