We’ve reached that time.  This is my last post about my trip to France.  But I’ve saved the best for last.  Château Chenonceau was my absolute favorite place we visited!  And I think it’s going to be on an upcoming episode of The Amazing Race, which I’m super excited about!  It’s one of my goals in life to go places featured on that show.

My visit to the Château happened on the most perfect day!  The sun was shining.  The sky was blue.  The grass and trees were green.  The air was the perfect, crisp fall temperature, although our tour guide Cindy thought it was a little cold for her liking.  She found it interesting that I described it as a “crisp” day.  I guess she hadn’t heard that English expression before. 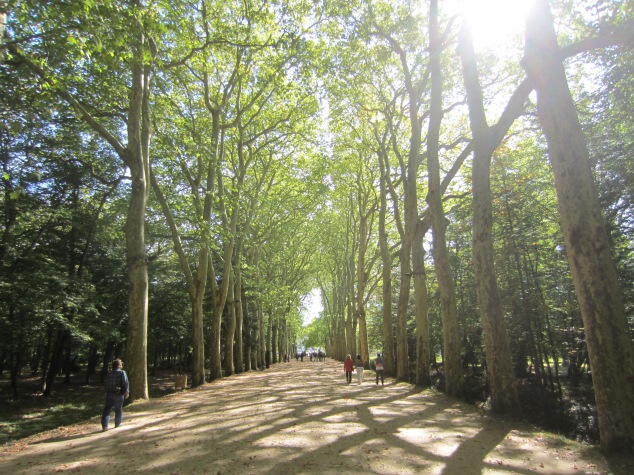 Château Chenonceau is a magical place!  When you arrive at the Château grounds, you walk down a lovely, long, tree lined path and eventually the Château comes into view.  And it is breathtaking!  White walls and a blue roof with turrets, spanning across the river.

It feels like you’ve stepped into a fairytale.  A very different castle than Carcassonne, which conjured up images of knights and battle sieges.  Château Chenonceau is more dainty, and reminiscent of princesses and white knights.  Although I suppose the Château isn’t really a castle at all, and more of an elaborate manor house.  It’s still somewhere that I could picture Cinderella or Sleeping Beauty living.

I found the history of the Château really interesting.  King Henry II gave it to his mistress, Diane de Poitiers.  When King Henry died in a jousting match, his widow, Catherine de’ Medici kicked Diane out and claimed Chenonceau as her own.  Later, during the Second World War, the river that its situated on separated Occupied France from Free France, and people would pretend to be going to visit the Château, but really cross over to the freedom on the other side.

Looking at old furniture inside didn’t really do much for me, although I did find the kitchens downstairs pretty interesting.  What I loved most about the Château were its grounds!  I loved how beautiful the outside of the Château was, in its picture perfect setting on the river.  And I loved Catherine’s garden with its beautiful pink flowers.

You can also explore a sixteenth century farm, complete with vegetable garden.  I absolutely loved this garden!  There was row upon row of vegetables: fresh herbs, kale and different lettuces, green peppers, egg plants, and giant pumpkins.  It made me want to have a garden like that so I could pick produce and eat garden fresh vegetables all the time.  And there were many beautiful flowers in the garden as well.

Château Chenonceau is such a wonderful place!  It’s made me want to visit the many other châteaux that are sprinkled throughout the Loire Valley, which is home to over 300 of them.  But that would be a whole other trip on its own.  If you’re making a trip to France, I highly suggest you include a visit to Château Chenonceau so you can enjoy its beauty and wonder yourself.  I promise you won’t be disappointed. 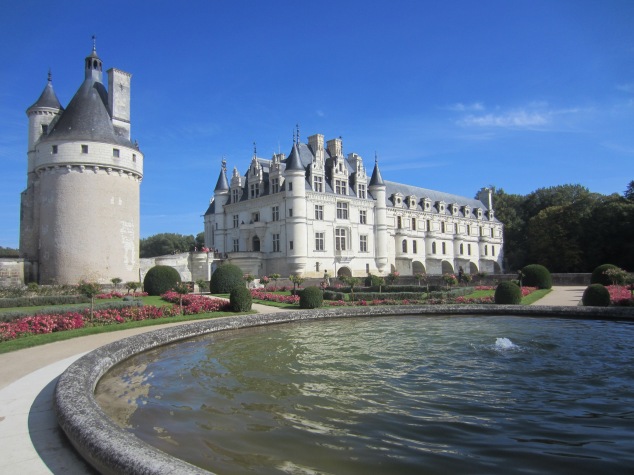 I hope you enjoyed hearing about my trip to France.  I’m glad I got to share it with you.  It also gave me an opportunity to re-live it, which is always fun!

One thought on “Château Chenonceau, A Real Life Fairytale”