I don’t even know where time is going.  Yesterday I was talking to a friend and realized her baby is five months old, and I’m pretty sure it feels like she just had him.

It also means the six month anniversary of Mom’s passing is coming up.  How can she have been gone for half a year?

Summer is my favorite season and I always feel better in the summer.  I love the sand beneath my toes, the sound of the waves, and sunshine on my face.  I love flip flops and bikinis and my hot pink beach towel with sea turtles on it.

This year was different.

I would describe the summer of 2014 as being about acceptance and making the best of things, and sunshine and happily driving to PEI listening to Matchbox 20 and the Goo Goo Dolls.

This year didn’t have the same cheerful vibe to it, although it still had beach time and flip flops and family,  it was almost more about just getting through it, if that makes sense.  The sunsets didn’t feel as beautiful.  I was driving around listening to “With You In Your Dreams” by Hanson and Backstreet Boys.

I’ve realized I have a strong will.  Maybe it’s all that character I developed as a child.  Whenever I complained about something I didn’t want to do, my parents told me it would “build character.”  I may struggle and feel down at times, and it would be so much easier to curl up at home, but I don’t give up, I keep going, and I keep making the effort to improve my situation.  I need to remind myself I’m strong. When I’m on the treadmill and want to stop, I tell myself “you’ve gone through chemo and lost your mom to Alzheimer’s. You can keep going.”

My yoga instructor would talk at yoga about life and summer being made up of “moments” and how everyone always wants to have a super awesome summer and puts pressure on themselves to make the summer the best ever, but when you break it down, you’re going to have some great moments and some not so great ones.

My grandfather passed away in August, and that brought up a whole lot of feelings.  I felt guilty because I hadn’t spent as much time with him since I started working because he lived far away and it was harder to make time to visit.  I also felt guilty because I had forgot to send him a birthday card last year, and had told myself I was going to make sure to send one next year, but now I won’t get that chance.  The funeral was also deja vu, with going being in a receiving line at the funeral home and my cousins all being pall bearers again.  It brought up feelings about Mom.

I went to a couple of weddings at the end of the summer.  I was really looking forward to them and seeing a bunch of friends from university I hadn’t seen in a while.  What I wasn’t expecting was how I’d feel awkward around them because I felt like my mom’s death was the elephant in the room.  It was the first time I’d seen a lot of them since Mom’s death.  No one brought it up, and I’m not sure if it’s because no one thought it was important, or because it’s awkward and people don’t know what to say.  My sister told me when it gets too much for her when she’s at an event like a wedding, she goes and hides in the bathroom for a bit.  That’s some good advice.  I also wasn’t expecting how seeing the Mom of the Bride and the acknowledgement of family members who had passed on and couldn’t be at the wedding would affect me.

Take this as a learning experience.  Weddings = supporting friends on their special days + dance floors/wine + fun = missing Mom + sad she won’t be at my wedding (if I’m ever lucky enough to get married) + feelings of loneliness.  Be prepared to take the bad with the good.

Signal Hill in Newfoundland. Visited this landmark while in Saint John’s for a friend’s wedding over Labour Day weekend

I made it through my first birthday without Mom.  I had seen my sister go through hers in April and I thought mine was going to be really hard, but maybe because I had thought it was going to be awful, it turned out better than I expected.  Even though the weather wasn’t great, I still got for a walk on the beach and cake with my family, and a Frosty’s ice cream.  Hmmm… maybe that’s why my pants aren’t fitting as good??

I also went to Charleston on vacation recently.  The interesting thing is, missing Mom wasn’t the first thing I thought of every day when I was on vacation.  Sure, I thought about her, and how I would love to be able to tell her about the sea turtles and the beaches in South Carolina and show her the different types of shells and partial sand dollars I found, and the thought crossed my mind that the inn keepers at the bed and breakfast had no idea that I lost my mother this year, but feeling like I missed her and wanting a hug from her didn’t come up as much as they do when I’m at home. 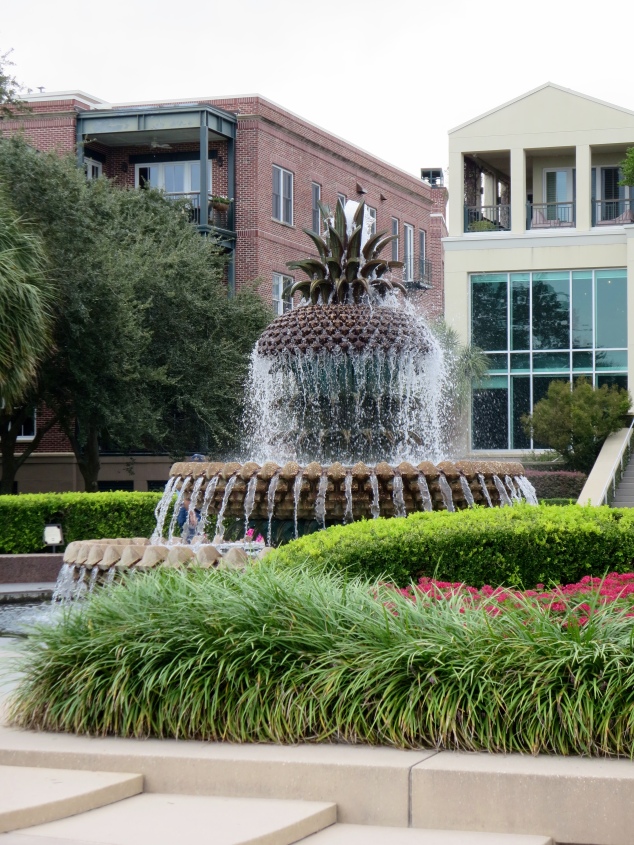 The days are getting darker.  The nights are getting colder.  And my last trip to the cottage is probably going to be for Thanksgiving.  I’m apprehensive about the winter and the darkness.  With winter coming, I know I won’t get to PEI as much, and I don’t like the thought of not being over there and seeing Mom’s grave until next summer.   I don’t think the real hard part will hit until January.  I’m trying to be optimistic and focus on the good things coming up like Thanksgiving dinner at the cottage, my sister’s baby shower and birth of her baby in November, and of course Christmas.  All of these things will keep me busy and are something to look forward to, but I know they’ll all be different this year.